WE ARE AT ISAF FIRE AND SECURITY EXHIBITON BETWEEN THE DATES OF 14th -17th OF OCTOBER.

WE WILL BE HAPPY TO SEE YOU WITH US.

Detector is produced with advanced thermistor technology and can be used to intervene with fire hazards on time and realistically in areas where smoke detectors and fixed temperature  detectors are not used. By comparing the voltages on two thermistors, it detects fire in a short time. NB-326-H-2 Rate-of-Rise  type Detectors are usually preffered in areas where heat rises abnormally and very rapidly, like boiler rooms and parking garages.The detector has an aesthetic look and is an ideal selection for modern buildings. It is also used in commercial and industrial work areas due to its ability to be used at the low profile mold ,  top of a plaster.

In order for it to be seen from distance when its in alarm mode, the device has been implemented with two powerful LEDs. Detector base is specially engineered so the detector can be easily de-attached and attached. The detector base can be assembled or disassembled from the socket with a slight rotation.NB-326-H-2 Rate-of-Rise  type Detector is produced of ABS plastic. With a special surface assembly technology, all the components inside are protected against dust and humidity.NB-326-H-2 Rate-of-Rise  Detector detects the fire in starting stages and sends the warning notification to the panel. By this, the fire is stopped before it may become a bigger threat.It is preferred at  Burglar alarm systems and automation systems in particular. 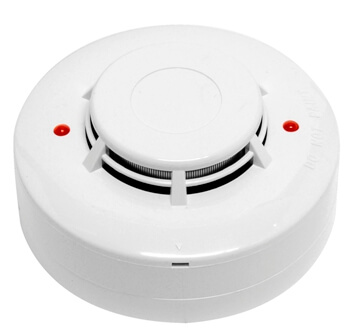