OUR PRICES HAVE BEEN UPDATED AS OF JANUARY 2023.

EFİRE EOD-RL Smoke detector of whose brand is Eleks detects white smoke and fire which burns slowly from inside. This detector type operates by smoke particles’ dissolving or absorbing the light once the smoke get in the detection zone.

The detector has an aesthetic appearance and it’s ideal to use for modern buildings. It is also used in commercial and industrial work areas due to its ability to be used at the low profile mold and at the top of a plaster. When the device is alarmed, 2 strong LEDs, to be seen from a long distance, are used. Detector base is specially engineered so the detector can be easily de-attached and attached. The detector base can be assembled or disassembled from the socket with a slight rotation. EFİRE EOD-RL Smoke Detector is produced of ABS plastic. With a special surface assembly technology, all the components inside are protected against dust and humidity.

Its 12-24V with relay output and preferred to be used at Intrusion Alarm and Automation Systems. 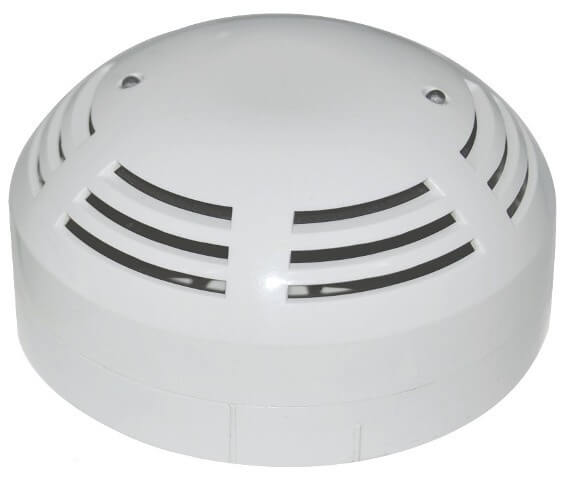